As LucasFilm continues to thwart its name to produce television series, the ideas continue to get smaller. The Star Wars experiment on Disney+ once felt like a genuine way to expand the surprisingly tiny narrative from a galaxy far, far away. A universe beholden to one family’s destiny was shaken off within the first season of The Mandalorian, resulting in new characters that boomed in popularity. Yet that world soon introduced legacy characters, tying it back to the Skywalkers once more. The same issues continued in The Book of Boba Fett, and Obi-Wan Kenobi has become the latest victim. While offering genuinely fun action and some excellent characters, Obi-Wan Kenobi suffocates under the weight of filling in franchise gaps while missing the mark for hardcore and general views alike.

Obi-Wan Kenobi follows the titular Jedi (Ewan McGreggor) in the years after the Empire has risen to power. While he’s been in hiding for more than a decade, close friend Senator Bail Organa (Jimmy Smits) calls on the former Jedi. Unfortunately, his adopted daughter, Leia Organa (Vivien Lyra Blair), has been kidnapped by a Jedi-hunting Inquisitor named Reva (Moses Ingram). The ambitious Inquisitor sets a trap to capture Obi-Wan, hoping to gain the attention of Darth Vader (Hayden Christensen & James Earl Jones). 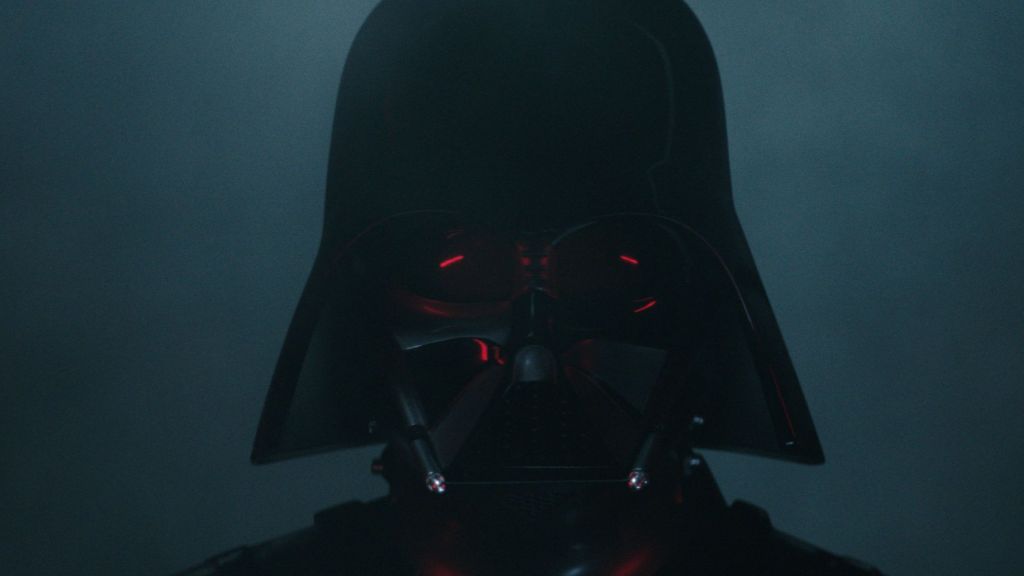 This review was delayed, in large part, because I was waiting for the story to unravel. While much of the public discussion has revolved around racist individuals within the Star Wars fandom (and the inevitable blowback by fans who thought calling out racists meant them), the story trudged onward. Unequivocally, there is no room for racist rants and death threats to be sent after one of the few women of color in the series. Additionally, those who did not enjoy Ingram’s performance (and told on themselves when they thought anti-racist remarks were directed at them) began to spit vitriol about her performance. Ultimately, these issues are tied to the franchise’s legacy and LucasFilm’s unwillingness to move beyond a core group of characters that have inspired the worst in the fandom. 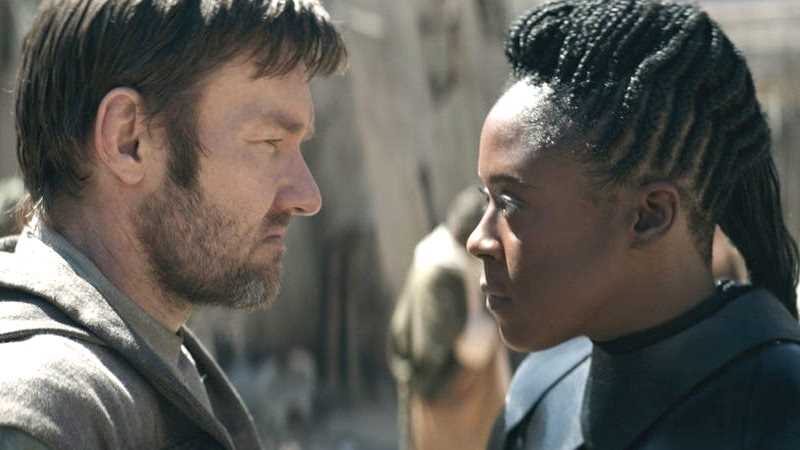 For one, criticisms toward Ingram as a heart-on-her-sleeve inquisitor with raw power come with a lineage of previous characters. While this writer loves the Ingram performance, to say her style and approach are out of place within the Star Wars universe is simply untrue. Both Anakin Skywalker and Kylo Ren match Ingram’s energy and performance yet were lauded by the fans for their performances. The differences, including skin color and gender, stem from the Skywalker-focus that LucasFilm cannot move beyond. Those men were from the Skywalker bloodline, one of whom looms large over Obi-Wan Kenobi from the word go.

As Vader returns to yet another spin-off project, we are left with a story grounded within certain aspects of the Star Wars canon. This problem gets even messier when Luke and Leia become critical parts of the story. While an Obi-Wan series could always have included these characters, there are other versions of this story where the Skywalkers are absent. Instead, the grizzled Jedi could discover a young child with force powers, realize the Empire hunts them, and help them escape to a new world beyond the stars. Instead, we are dragged back into a story that will not end in this series but concludes in A New Hope.

Disney has become so reliant on these characters the House of Mouse has lost real opportunities to build its own path. Even worse, the attempts to bend over backward to include these characters have been met with derision. Audiences do not like young Leia, they do not like an out-of-practice Obi-Wan, and they do not like potential continuity problems the actions of the show have created. They also did not like an underrated Alden Ehrenreich in Solo: A Star Wars Story, who received unwarranted flack in the past month. Rather than invent new characters, who do not have the burden of carrying the franchise, Disney has become obsessed with looping everything back into the Skywalker Saga.

If Solo were about a random smuggler, it would not have the incredibly attractive ghost of Harrison Ford looming over it. If Reva were not confined to work for Anakin but was instead a former youngling suffering from extreme PTSD because of her encounter with Order 66, her arc could take centerstage. A series focused on Tala (Indira Varma), Roken (O’Shea Jackson Jr), and Haja (Kumail Nanjiani) turning against the Empire would be stellar. Even the inclusion of Obi-Wan can work if the children he goes out to save are not Skywalkers.

Director Deborah Chow has worked wonders with making the series visually appealing while she creates tension in a zero-stakes game. We know that Obi and Vader will come out alive, Luke and Leia will not be harmed, and we know when each of these characters will meet their fate. While she completes some of her most exciting work to date, the story is kneecapped by a corporation that will not allow creativity to thrive.

There are reasons to love and hate Obi-Wan Kenobi, and none of them have to do with the race or gender of the performers on screen. However, Disney handicapping the dramatic tension of a series should frustrate you. Forcing new cast members to hide necessary character details leaves them disadvantaged. How can audiences connect with a performer like Moses Ingram if the series hides her character’s motivations? This time Disney has supported its minority cast members. Yet, in a galaxy where Disney has made it impossible to tell a story that is not related to a white savior family, it is clear they are not setting up their diverse cast members for success. 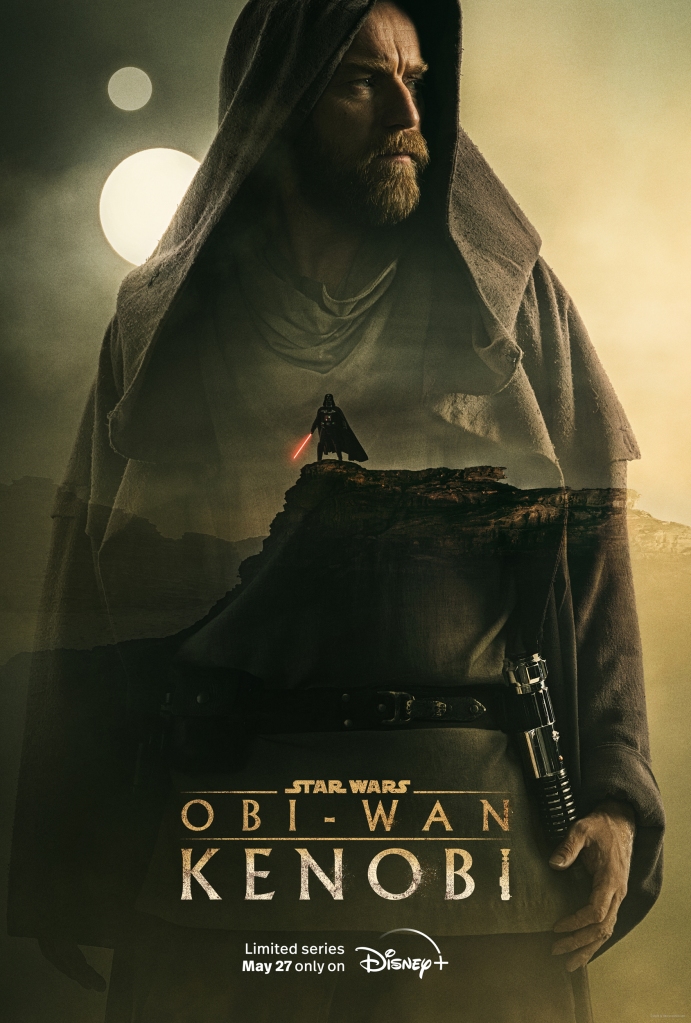 One thought on “Review: ‘Obi-Wan Kenobi’ Builds Bridges Between Two Pasts, Missing the Chance to Innovate”