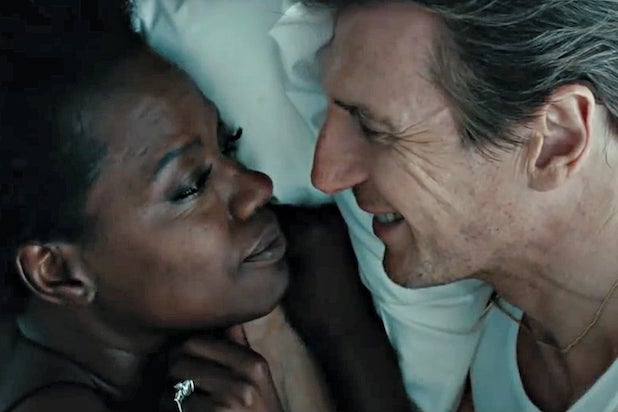 Review: The Human Story of ‘Widows’ Outshines the Heist With Viola Davis Stunning

Labeling a film as a genre story can often do a disservice to the film. Some films do not fully fit into a single genre. Others might tip their toes into the genre pool. Expectations rise, and if your film does not fully execute within that genre, it can be seen as a disappointment. However, Widows backdoors in a very human story of loss into the visage of a heist film. Yet in doing so, director Steve McQueen really turns up the drama and creates a tale of America in 2018. He handles the script, co-written by McQueen with Gillian Flynn, with such grace and poise, that he may have crafted the very best film of 2018. 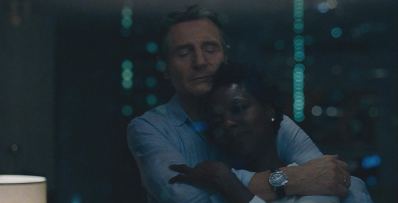 Widows follows three women after their husbands are killed while pulling off a job. Veronica (Viola Davis) heads the group, finding her husband (Liam Neeson) left her plans for the next heist after his death. Linda (Michelle Rodriguez) lost her story after her husband got in deep with the loan sharks. Alice (Elizabeth Debicki) tries to find herself in the world without an abusive husband. The three eventually becomes four when Belle (Cynthia Erivo) joins the team to take the job to the finish line. Meanwhile, a race for alderman in the South Side feuds in the background as the establishment Mulligan family (Colin Firth; Robert Duvall) are in a ground fight with Mannings (Brian Tyree Henry; Daniel Kaluuya). 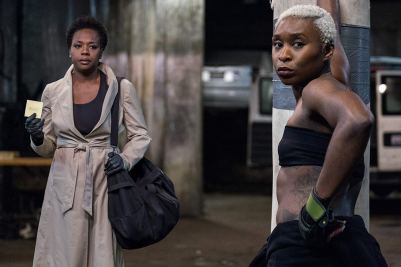 The story that Flynn and McQueen tell is grandiose in scale. Widows touches on gentrification in a big way, featuring a one-shot from DP Sean Bobbitt that might be the most compelling explanation of the phenomenon brought to life by visual storytelling. Money and family, crime and innocence, and the things we do to survive are all put on trial. The connections we make and the connections that are fractured can define our lives. There are so many levels to the story and so many twists. Widows lays truths about America at the audience’s feet and forces us to confront the dark legacies we have created. Bobbitt further adds visual elements to the impressive screenplay, using mirrors and reflections to add levels to the performances on screen.

All of this works in large part to the excellent performances from top to bottom. This might be the deepest ensemble of any film of the year, giving each character a standout moment that makes you hold your breath. No one stands out more than Viola Davis, who delivers one of the top three performances of her career on screen (next to Fences and Doubt). To read her as cold or conniving is a misunderstanding of who she has become. She a woman torn by self-hatred and intense emotional trauma. As she peels back the layers of Veronica over the film, Davis delivers a masterclass performance in subtly and crescendo acting hooks that prove she is one for the ages.

Equally stunning is Debicki, who takes over the film for stretches of time. She cameleons her way into various social settings, feeling at home as a Russian girl running from her abuser at a gun show, dropping her accent when she walks into a high-class bar or chatting with the other women about her place in the world. Debicki gets the most moments to grow, and the character she becomes by the end of the film shines as one of its brightest stars.

Kaluuya and Henry will send shivers down your spine as two of the antagonists the way of the crew. Kaluuya will send shivers down your spine, a creature who turns moment after moment into horrifying violence. He does not get the most screentime, but having him appear in the background as other scenes unfold, you might question if he is there in the shadows, waiting to hunt those we’ve grown to love. If Kaluuya is a monster unleashed, Henry shows why his character deserves respect and admiration. He is terrifying in his own right, seeking to grip power and tear through those who will stand in his way. He is a scorpion, using charisma, deceit, and charm to make you believe he will not sting. Yet when you have let your guard down, he makes his move. 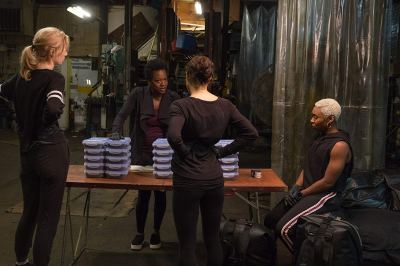 There’s no end to the power of this cast. Cynthia Erivo dominates the screen every second she’s on screen. She even goes toe-to-toe Davis and lives to tell the tale. She’s simply amazing and seems primed to become a massive star. Duvall gives one of his most engaging performances of his past decade. It’s his best performance since The Road in 2009, and it reminds you of his power as an actor. Farrell seemingly hams it up as a narcissistic and troubled politician who is doomed to follow in his father’s footsteps. He tapdances through the film and gives a movie star performance in a supporting role. Neeson is great when he’s on screen and helps sell the emotion and struggle of a marriage broken. Jacki Weaver electrifies in a pair of scenes, Rodriguez gives career-best work, and Lukas Haas surprisingly charms the audience. 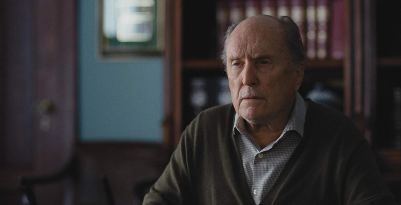 To juggle all of these stories, editor Joe Walker must expertly stitch the film together. He does so brilliantly, hiding the shell and bringing out elements from the background when needed. He divides up the time so it is spent in the most effective manner, while still holding a general sense of momentum. Everything feels like it is heading to the finale, even if the characters are not physically present. In doing so, he really shines a light on the problems existing within Chicago, and how strands of crime and corruption spread further than we might imagine. 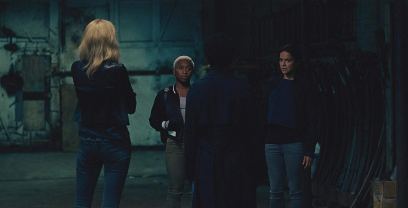 Finally, Hans Zimmer delivers another brilliant score. The aural experience on Widows is something else in that regard, as Zimmer helps accelerate the moments that need the push. Simultaneously, the sound editing teams bring in tactile feeling to some of the sounds, from the loudness of gunshots to fists hitting a punching bag. The sound mixing team doesn’t slouch either, perfectly balancing the events so that we can hear those from around us and those offscreen. The directionality of sound was particularly impressive in the one-shot car sequence, a shot that takes places on a basketball court, and finally, in the churches. All in all, this film is a technical marvel, squaring up with the very best.

Widows breezes by despite being nearly two and a half hours long. It will engage you, grabbing you to come along on the journey that Davis, McQueen, and the team wants you to feel. Few crime films leave such an impression on the viewer, and few can be so thoroughly enjoyable. Yet what makes this film really sing is the script from McQueen and Flynn, who understand what they are trying to tackle in America, and do so with a grace and elegance rarely seen in studio filmmaking anymore.

What did you think of Widows? Let us know your thoughts in the comments below!

Check out our other reviews here!

2 thoughts on “Review: The Human Story of ‘Widows’ Outshines the Heist With Viola Davis Stunning”