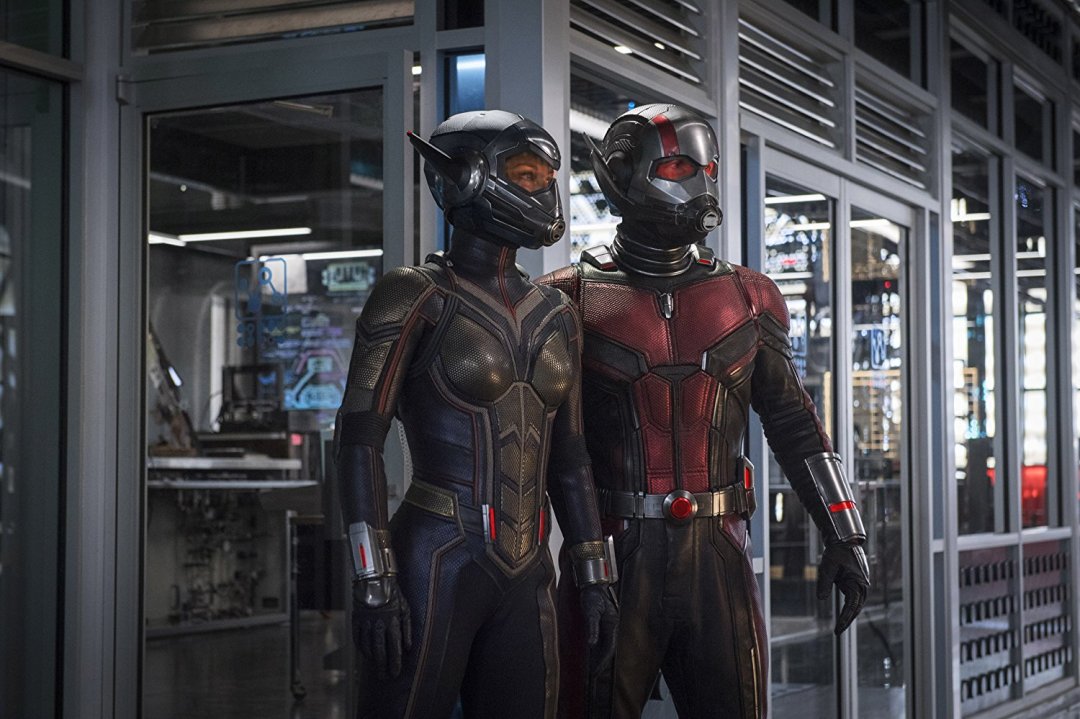 Film Review: ‘The Ant-Man and the Wasp’ is a Solid Summer Crime Comedy

The last “Ant-Man” film was plagued with controversy. Popular geek director Edgar Wright left the project after creative disagreements with Marvel’s head honchos. This brought on Peyton Reed at the last minute, and the “Bring It On” director quickly steered the film into port. The film was a hit but still felt like it was missing something. However, Reed and the team clearly impressed at Disney, because a sequel was quickly greenlit.

This time around, our titular Ant-Man has company. “Ant-Man and the Wasp” picks up two years after the events of “Captain America: Civil War” and a few weeks before the events of “Avengers: Infinity War.” Scott Lang (Paul Rudd) has been under house arrest and only has 3 days left on his sentence. Talking to Hank Pym (Michael Douglas) or Hope Van Dyne (Evangeline Lilly) will send him to prison. However, after a dream makes Scott believe he knows where Hank’s wife and Hope’s Mother is, the two parties reconnect. Janet Van Dyne (Michelle Pfeiffer) is stuck in the Quantum Realm. However, our heroes aren’t the only ones interested in the tech needed to get there.

The villain game is much better this time around. While Marvel’s often struggled with villains, Ghost (Hannah John-Kamen) is far more fleshed out than most. She’s just one of the imposing threats Team Pym faces. Burch and his associates are also in pursuit, creating a comedy of errors as multiple parties vie for access to the Quantum Realm. 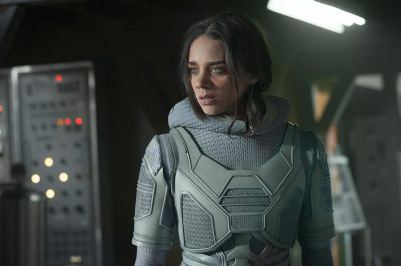 There are many ways in which the film improves on its predecessor. One of those is the way in which the characters are used as action heroes. Hope is a big component in this, as the Wasp is a far more physically capable character than Ant-Man. Scott may have a way of stealing things, but his fighting skills are still relatively novice compared to other superheroes. However, Wasp is closer to Black Widow in her ability to beat the hell out of villains and mercenaries. 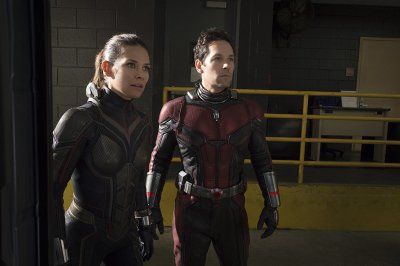 Reed sets up Wasp with several standout moments. The best comes in a battle against the henchmen of Sonny Burch (Walton Goggins). Burch is a black market arms dealers who reneges on a deal for Quantum tech. Wasp easily handles his men with come comedic effect. She not only has the ability to change sizes, but wings on her suit allow her rapidly fly across the room. She forces one henchman to run into a salt shaker, shrinks and then runs across a knife and jumps onto an oil spray jar to set another on fire. The choreography in these scenes is tight, and the way Reed films the action is exciting to watch.

Ghost is also shot well, with her phasing power representing a true threat. The ways in which Reed and his team play out her powers makes her extremely interesting. At one point, she appears suddenly in an interrogation, frightening the rest of the characters present. It’s a cool alternative to creating a size changing opponent and helps create variation in the MCU. 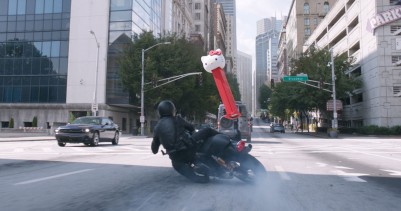 This film is much funnier than most other MCU films, and like “Guardians” has an unexpected heart. Rudd rocks it as a comedic actor this time around, with Peyton utilizing his talents far more. His relationship with his daughter Cassie is heartwarming. The two are a great team and provide tangible stakes for audiences to cling on to during the movie.

The real stars are the supporting players. A who’s who of comedians expertly weaves on-screen to create non-stop humor. Michael Peña is perhaps the funniest of all characters, bringing pure energy and excitement to the screen in each scene. T.I. and David Dastmalchian both return to bring comedy as part of the ensemble. They work as a team to bring in some of the best one-liners and jokes of the whole movie. Randall Park is excellent as an FBI agent obsessed with Lang. Bobby Cannevale and Judy Greer are hilarious in small roles. The film is just a fun ride and like “Guardians” and “Thor: Ragnarok,”  should prove to be a very rewatchable film for years.

It was fun to take time out of impending doom of the Infinity War and hang out with Scott and his friends. The first “Ant-Man” introduced a bank heist element to the MCU. Now, “Ant-Man and the Wasp” introduced a crime comedy of errors. It’s was a nice breather before we head to the 1990’s for “Captain Marvel.” It’s a good time in the MCU, and it continues to look brighter moving forward.

What’d you think of “Ant-Man and the Wasp?” Let us know in the comments below!

One thought on “Film Review: ‘The Ant-Man and the Wasp’ is a Solid Summer Crime Comedy”