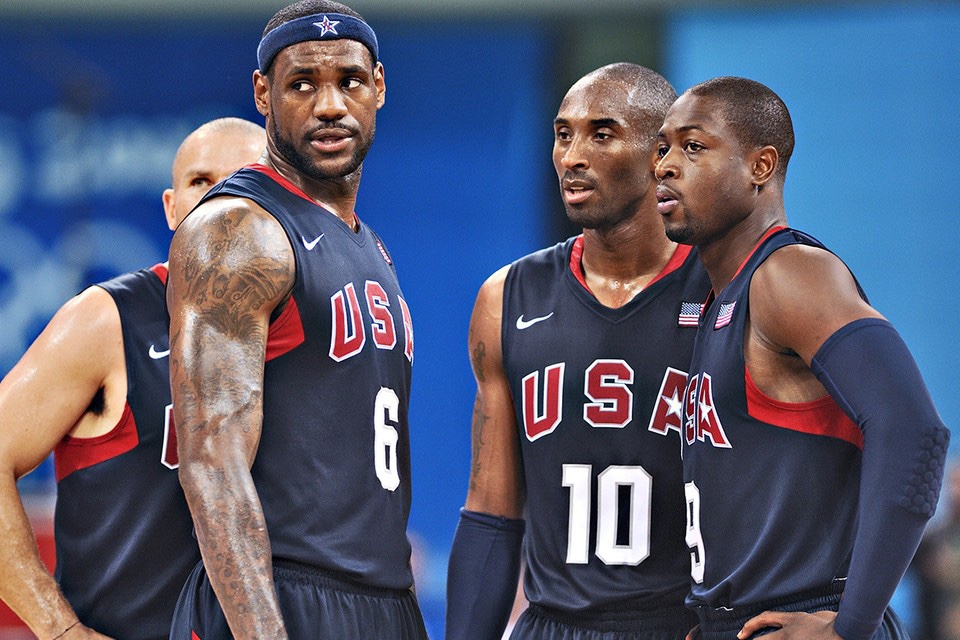 Review: ‘The Redeem Team’ Provides a Basic Snapshot of a Sport-Altering Event

Even for the layman fan, the summer of 2008 remains integral in shaping the game of basketball. The Boston Celtics had just won the championship with the Big 3, headed by Kevin Garnett. Kobe Bryant, after years in the wilderness, had returned to the NBA Finals for the first time since 2004. The 7 seconds or Less Suns seemed to be fading and LeBron James loomed in the East. This made the 2008 Beijing Olympics the center of the basketball universe, bringing the stacked American roster up against the icons of the international game. Coined The Redeem Team by the media, the group became the subject of fascination. A new Netflix documentary attempts to showcase this incredible moment for the sport, but instead fails to illuminate any context for the Earth shattering events that were about to occur in the global game.

To tell the story of the Olympic team, the documentary begins with the 1992 Dream Team. Led by Michael Jordan, the famed team brought professional athletes to the Olympics, assembling the greatest basketball team in history to do so. The future of the NBA as an international game begins there, as Jordan, Larry Bird, Magic Johnson and others became inspirations around the world. In the years that followed, Spain, Argentina and Greece became hotbeds for talent. This culminated in the 2004 Olympics in Athens, where Argentina took home the Gold Medal over the US. The beaten down USA squad became the subject of mockery, and by the time the 2008 games rolled around, there were legitimate questions about America’s supremacy on the court.

As you watch Redeem Team, you’ll find some fun interviews and footage. The energy those on screen brings some entertainment. James, Wade, and Melo all deliver comedic one-liners that help keep us locked into the story. However, the Banana Boat crew (CP3 also makes several appearances) cannot distract from a lack of context presented within the film.

Remember, in 2008 the Beijing games was seen as the reintroduction of China to the global community. Discussions about the historic 2003 draft class are nearly ignored, instead framing Wade, LeBron, and Melo as under-qualified contributors to the Athens game. This ignores Melo the national Champion, LeBron the phenom, and Wade’s electrifying rookie season. Looking past 2008, Beijing is where The Heat’s Big 3 (LeBron, Wade, and Bosh) would initiate their plan to play together. That team would win 2 titles.

Perhaps most jarring, there’s a shocking lack of context for how Kobe’s career would change in the aftermath of the Olympics. The two following seasons, Kobe would lead the Lakers to championships, cementing his legacy as one of the 10 best players in NBA history. In 2020, the NBA and basketball community was shaken by the death Bryant. The event created a tidal wave of emotion around the controversial superstar’s life.

The tragedy around his death opened discussions about his alleged sexual assault case but also caused many to evaluate his role in growing the game. None of this, including his death, is ever alluded to in the documentary. Despite hearing time and time again how much Kobe means to this group, we never see his teammates offer a truly emotional moment. Instead, the sterilized interviews feel hollow. This further calls into question the honesty of the players, and how willing they are to show authenticity.

While The Redeem Team opens strong and maintains a decent pace for a one-off documentary, it fails to showcase anything new about the experience. If anything, there’s a stunning lack of insight into the events. Some will be happy with this basic version of events, but this should not be the definitive telling of this story. Instead, it feels like a puff piece meant to valorize a select few, instead of showing an honest depiction of a moment that would change basketball.

What did you think of The Redeem Team? Let us know in the comments below.