We are back!!! Game of Thrones hopes to leave the frustrations of the original series in the past. The new series, House of the Dragon, takes place approximately 175 years before the events of Game of Thrones and the “Song of Ice and Fire” saga. It will focus primarily on the lines of succession between the Targaryen family, and the Dance of Dragons that resulted in their near extinction. Below, we break down Season 1: Episode 1 – The Heirs of the Dragon – Directed by Michael Sapochnik and written by Ryan J. Condal. 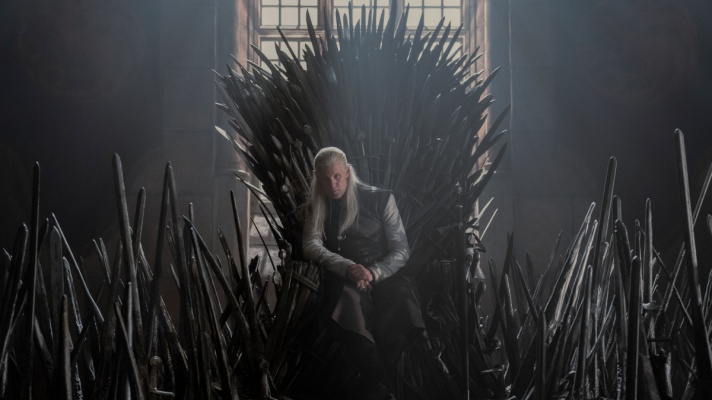 Jaehaerys Taragaryen, also known as The Old King due to his 60-year reign, must choose a successor for the realm. As his health fails, he calls a council of the high lords to Harrenhal, a stronghold in Westeros. Here, Jaehaerys hears many claims for his succession but limits his choices to two cousins – Princess Rhaenys Velaryon (Eve Best), the eldest descendent, and Prince Viserys Targaryen (Paddy Considine), the eldest male descendent. The lords push for Prince Viserys to take the throne, and he is granted the claim as heir.

Nine years later, King Viserys plans a jousting tournament to coincide with the birth of his first male heir. His wife, Aemma Arryn (Sian Brooke), has struggled with her most recent pregnancy, only her second to come to term. The Queen has suffered more than a half-dozen miscarriages and stillborn children. Viserys’ dream of a male heir gives him hope to continue his line. His daughter, Princess Rhaenyra Targaryen (Milly Alcock/Emma D’Arcy), rides her dragon Syrax.

During a meeting of the Small Council at the Red Keep, it is revealed that Prince Daemon Targaryen (Matt Smith) assumed control of the City Watch. His efforts have resulted in an army loyal to the Prince, who has been named heir should Viserys not produce one. Daemon and Rhaenyra meet at the Iron Throne, where Daemon imparts a gift of Valerian Steel to his niece. In the Small Council, Lord Corlys Veraryon (Steve Toussaint) raises fears about an emerging “Triarchy” – with Cragas Drahar emerging as the Free Cities leader. The rest of the council appears unconcerned. Alicent Hightower (Emily Carey/Olivia Cooke), the daughter to Hand of the King Otto Hightower (Rhys Ifans), reads a story to Princess Rhaenyra.

Prince Daemon leads his Gold Cloaks, the colloquial name for the City Watch, to cleanse the city of its criminals. The resulting night leads to hundreds of dismemberments and executions, striking fear into many. The Small Council meets, causing strife between Daemon and Otto. After the fight, we are introduced to Mysaria (Sonoya Mizuno), Daemon’s mistress, as she comforts him.

The King’s Jousting Tournament kicks off with the announcement that Queen Aemma has gone into labor. Prince Daemon dominates the tournament against lesser foes, while Ser Criston Cole (Fabien Frankel) emerges as a talented knight. Ser Criston bests Daemon in the final, while King Viserys tends to his wife. Queen Aemma suffers complications in childbirth, resulting in the King forcing a C-section. She passes away, and their son, Prince Baelon, does not survive the night.

A funeral pyre is lit by Princess Rhaenyra, and the council pushes King Viserys to name a new heir. However, they do not trust Daemon, with Otto leading the charge against the King’s brother. While Daemon listens to the debate from the shadows, Otto suggests Rhaenyra will be a more suitable heir. After the Council, Otto tells Alicent to offer the King comfort after losing his wife and son.

Daemon buys out a brothel for his men, and rumors circulate about the tone of the evening. Otto reveals that Prince Daemon referred to Baelon’s passing in a speech, naming him the “Heir for a Day” during the festivities. This angers Viserys, who banishes Daemon from the council and forces him to claim Rhaenyra as his heir. It is revealed to Rhaenyra that Aegon the Conquerer chose to embark on his conquest because of a dream. In this prophetic dream, a Targaryen King or Queen must lead forces against a cold winter that will ravish the land. The King names Rhaenyra as heir, and the Lords of Westeros pledge fealty to her.

Things to Look Forward To

What did you think of the first episode? Let us know in the comments below!