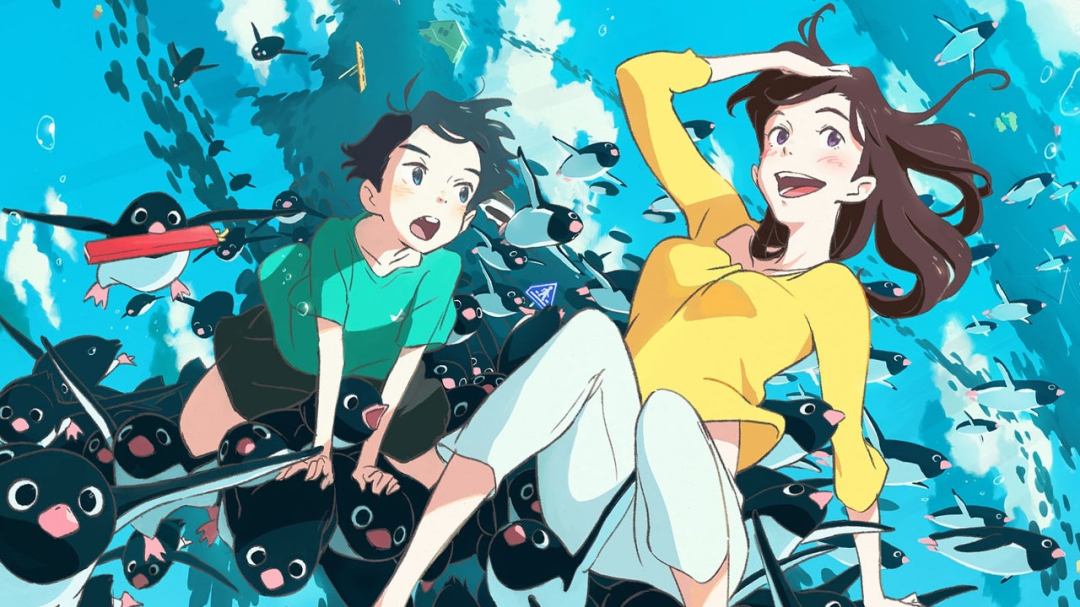 While many films from East Asia have elements of science fiction, most American audiences focus on tales of magical realism. While some anime, especially casual anime fans, have grown to expect this from Japanese productions, the genre has risen in popularity over the past few years. With features like Your Name. and Fireworks becoming populist hits, it was only a manner of time until a film blended traditional science fiction with Kawaii culture. 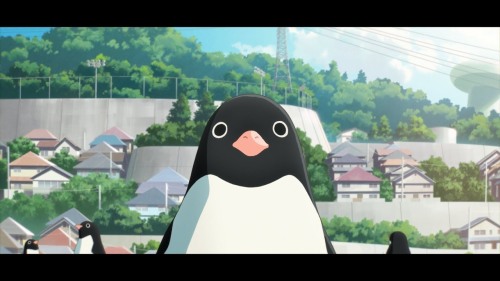 Today the acclaimed Penguin Highway reaches Blu-Ray shelves in America. The April release follows a young boy named Aoyama after a group of Penguins appears in town. Coinciding with the Penguin’s arrival, Aoyama begins to develop feelings for an adult dental assistant Onê-san while he investigates mysterious happenings in town.

Directed by Ishida Hiroyasu, Penguin Highway approaches its sci-fi story with grace. Using the oddity of the events that surround its protagonist, Hiroyasu develops Aoyama as a precocious, science-loving child who has entered puberty. The story occasionally takes side tangents to discuss its character’s sexual frustrations, and in doing so finds a way to make the direct Aoyama a more relatable character. While he attempts to subdue his growing emotional instincts with logic and scientific thinking, Aoyama’s development as a young adult continues.

The story of Penguin Highway can almost be described as a science fiction Rushmore with an Interstellar-like mystery at its core. The importance of emotion and love is never taken away from the story, but an unmistakable subtext about the dangers of climate change runs throughout the film. Penguin Highway gets the benefit of feeling like a grandiose tale while remaining focused on a few key characters. It never expands too far outside its core five characters and allows for some wonderful development in the process.

Penguin Highway also features some spectacular visuals from start to finish. The penguins themselves are quite adorable. At times, Hiroyasu uses them for comic relief. In one instance one is hit by a car and leaves a giant penguin-shaped indent in the hood of the car. In another, the penguins come to the rescue and fight off Aoyama’s bullies. The opening credits, a montage of a penguin traveling through town, is one of my favorite sequences in a Japenese film in a couple of years. Many of their scenes are played comically, and the penguins provide an entry-way into the story for many viewers.

The use of CG to augment the hand-drawn animation continues to show real progress. The studio, also responsible for Mirai and Your Name., continues to push the boundaries of how to integrate the new technology into traditional Japanese animation. While there are sequences throughout the early half of the film that would be considered standout moments, the final setpieces burst to life with imagination. The visuals here go toe-to-toe with the studios best features, making for outstanding artistic achievement.

Overall, Penguin Highway arrives as one of the strongest foreign language animated films of the year. Not only does it have the artistic merit to deserve a spot in this year’s Oscar race, but it features a surprising story that engages the audience. You’ll be hooked on the world that Hiroyasu has built, and you’ll want to spend time with these characters.

What do you think of Penguin Highway? Do you think it stands a chance to find its way to a nomination at the Oscar’s? Purchase the new film here, or anywhere Blu-Rays are sold.

Penguin Highway releases on Blu-Ray and DVD on August 6th, 2019.

Check out more of our movie review and pieces here.