2009 in Review: ‘Inglourious Basterds’ Could Be Quentin Tarantino’s Finest Film

Director Quentin Tarantino is an objectively controversial figure. He has been ever since Reservoir Dogs first debuted at Sundance Film Festival in January of 1992. The director doesn’t know how to get out of his own way, loves violence, and believes he an Oscar should be named after him. The toxicity of the Tarantino fanbase certainly does not help his cause. However, despite the aspects that can make loving the director a slog, he has moments of true cinematic greatness that cannot be ignored.

One such example is Inglourious Basterds, a film that combines his bloodlust, style, and love for cinema in a surprisingly constructive outlet. Basterds oozed with Tarantino landmarks, including quippy dialogue, a willingness to let seemingly important characters bite the dust, and some truly great moments of tension built from dialogue. While Inglourious Basterds does not have the formalistic impact that Reservoir Dogs or Pulp Fiction hold, it is a moment where he pulled together a massive ensemble and made a film that allows us to love the best of his work.

The Moment I Fell in Love With Inglorious Basterds 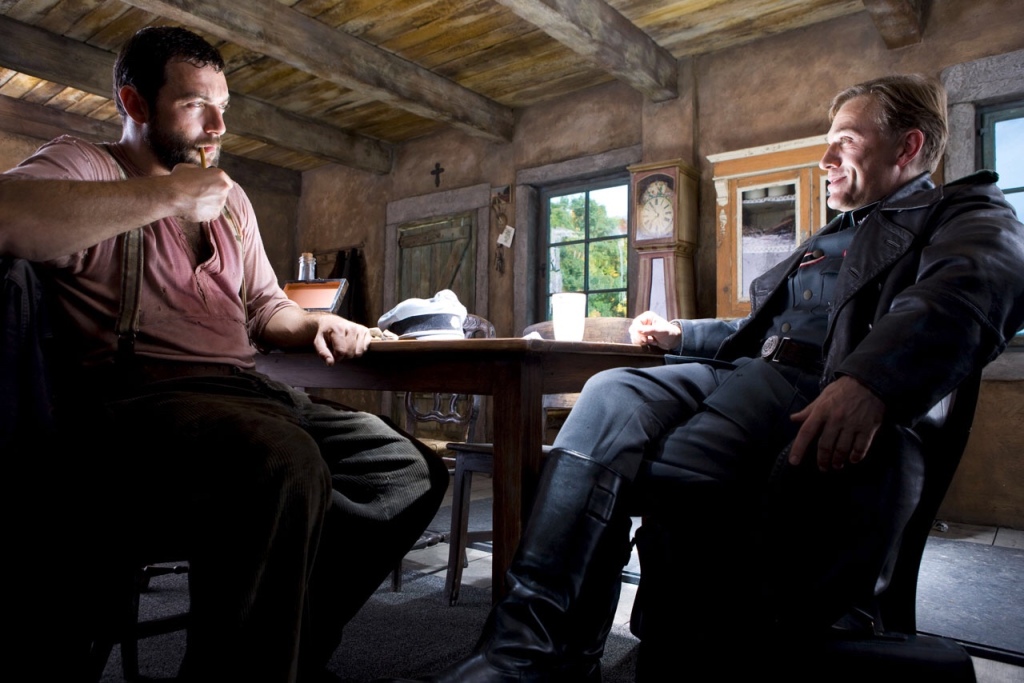 The very first sequence in the film is the introduction to a terrifying Nazi, Colonel Hans Landa, and by extension, the actor Christoph Waltz. Waltz would sweep the Oscar season, and the race was over as soon as his first scene was concluded. Waltz commands the screen, showing his characters mental acuity through consistently changing facial expressions. He knows exactly what has happened to the Dreyfuss family, and where they are hiding from the moment he walked into the room. But the way he breaks down the French Dairy farmer trying to keep them hidden is masterful.

Waltz not only flips between German, French, and English in the sequence but lulls you into a false sense of security. It is one of the few depictions of Nazis on-screen that makes you aware that some could be charming. He also casts such a huge shadow over the rest of the film, that when he returns an hour later, ice runs through your veins. The person impacted most in the scene is Shoshanna (performed by a masterful Mélanie Laurent), who is not only the sole survivor of Landa’s attack on the Dreyfus family but becomes the unknown variable that leads to the death of the SS and fall of the Nazi Reich.

Tarantino also allows individual moments to hit perfectly, dropping the camera beneath the floorboards when it’s time to make the audience aware of the stakes. He’s very directly pulling from the Hitchcock quotation about a bomb under the table, but by turning into human beings, your investment becomes instantaneous. Removing the pop culture symbols that Tarantino loved to reference, it was one of the first times his screenplay could really showcase his talent as a writer. As the violence erupts and the score crescendos perfectly, Tarantino locks you into the film. Yet most chilling of all, Waltz lets out a cheery “au revoir Shoshanna,” as if he’s giving a cheery goodbye to a long time friend.

It is impossible to ignore the fun and excitement that Brad Pitt brought to this film. Sure, he does not give an Oscar-worthy performance as Lt. Aldo Raine. His accent is silly and exaggerated. The haircut shockingly holds up extremely well. Yet he spits out the dialogue with contempt for his movie stardom. Perhaps no performance in his career can remind you of his character actor credentials. The scene dovetails into the introduction of Donny “The Bear Jew” Donowitz (Eli Roth) and Hugo Stiglitz (Til Schweiger). The trio of scenes stitched together are funny, gory, and give us a rooting interest in the events to come.

Best Moment in the Film 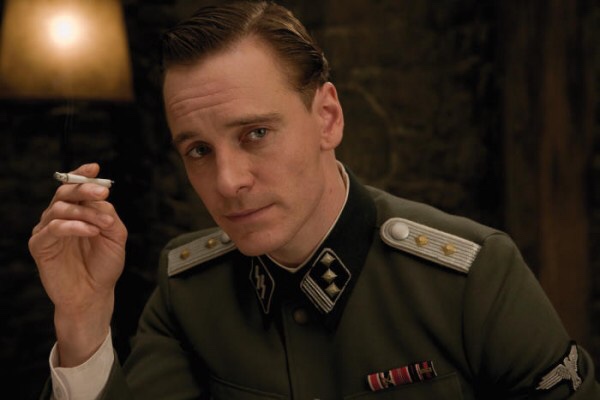 For most audiences, Michael Fassbender had yet to become a known quantity. Inglourious Basterds was a coming out party for his charisma and suave style as it was for anyone else. Playing an undercover British soldier Lt. Hicox, Fassbender speaks German (a skill the German-born Fassbender has mastered) and preps himself for a mission that could potentially end World War II. Hicox, fellow German ex-pat Stiglitz (Schweiger) and Basterd Wilhelm Wicki (Gedeon Burkhard) go to meet Bridget von Hammersmark (Diane Kruger), a German Actress turned spy for the British Intelligence. The next twenty minutes becomes a cat and mouse game that might be Tarantino’s single best scene.

When the gang enters the bar, there are Nazis throughout. It is clear that everyone is in danger, but they have to stop for a drink or else things could become suspicious. To make matters worse, a member of the German Gestapo (August Diehl) also happens to be in the bar. As they play a game of Heads Up (or at least the 1940s version of it), the group is interrogated. Fassbender deflects questions, but the cat and mouse game comes to a head when Fassbender accidentally gives them away with a hand gesture. The sequence also features excellent nods to German Expressionist film, the weight that German film, in general, has had on cinema, and the small impressions the cultures that raise us leave on our subconscious. Another absolute flex by Tarantino, the sequence ends with a bloody shootout, but its the dialogue that makes this one of the most impressive sequences of his career.

Why You Should Watch It Again

Mr. Tarantino will be releasing his next film this summer, and it to stars Mr. Brad Pitt. Once Upon a Time in Hollywood looks to have a lot of the visual flair that Basterds did, but will have 90% more pop culture. Basterds also kicked off his historical epic phase, which also includes Django Unchained and The Hateful 8. Over the run, Tarantino has become a more serious filmmaker, so Basterds was clearly the right direction to take his career. However, it was the first turn that remains his best, and whether you love German cinema, breakout stars (like Waltz, Fassbender, Laurent, and Brühl), or just plain killing Nazis, Inglourious Basterds stands the test of time.

What do you think of Inglourious Basterds? Let us hear your thoughts in the comments below!

Check out our 2009 In Review Series, running for the next three weeks at We Bought a Blog. Check back for a new film every day!

One thought on “2009 in Review: ‘Inglourious Basterds’ Could Be Quentin Tarantino’s Finest Film”