Trailer Talk: ‘What We Do in the Shadows’ Will Make For Hilarious Vampire Comedy

One of my favorite horror comedies in recent years was Taika Waititi‘s What We Do in the Shadows. The film followed Waititi, Jermaine Clemente (who served as co-director and co-writer) and other vampires in New Zealand leading up to a special ball. The film worked as a great visual comedy about vamps, as well as a great new mockumentary. The cult hit still remains popular, but thankfully the idea was spun off into a TV show by Clemente and Waititi. You can watch the trailer, which debuted today at TCAs. 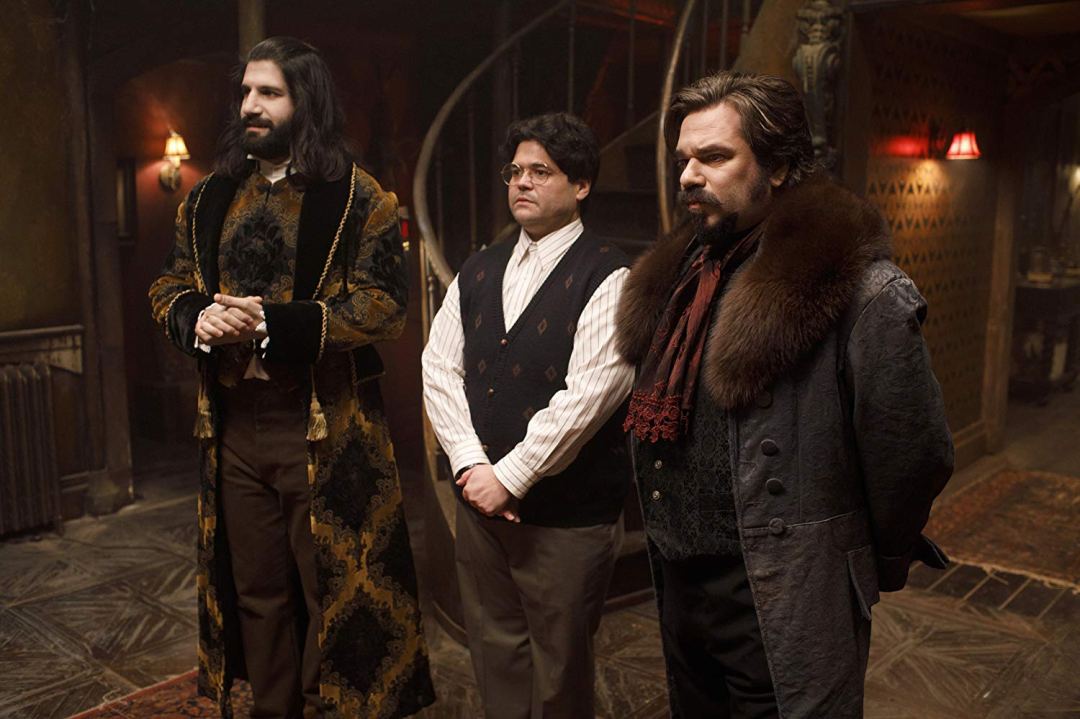 The comedy follows the general premise of the film but takes some quick departures. The three vampires at the center of the story are played by Kayvan Novak, Matt Berry, and Natasia Demetriou. Demetriou helps shake up the cast a bit by making one of the lead vampires a woman, and immediately her comedy plays. She’s quick to point out the idiocy of Barry and Novak, who of course air fight across the room. Fans of IT Crowd will be pleased to see Berry, who easily steals the trailer as the British vampire. The actor/writer has always been excellent at playing idiots on screen and looks to be every bit as ridiculous as you’d hope. A lot of the story looks like it will cover Guillermo (Harvey Guillen), the familiar to Novak’s Nandor character. Guillen appears to have the deadpan comedy down to a t, and he’ll need to be this show’s Jim for it fully click into place.

What might be the most exciting aspect of the show will be the important world-building elements a show can dive into. While the original film lays out a unique comedic look at the supernatural, it cannot fully explore the multitude of ideas it places on the table. In a television series, they’ll have more time to dive into the fights with werewolves, new vampires (like Colin, played by Mark Proksch), and the way a vampire who has lived hundreds of years can interact with the social media era. Count us in for the shenanigans.

What did you think of the trailer for What We Do in the Shadows? Let us hear your thoughts in the comments below!