Okay, we’ve had some time to see some results, see a few more films, and feel out the field a bit more. With that said, some movies went way up while others are struggling. Let’s dive in and see what’s going on. 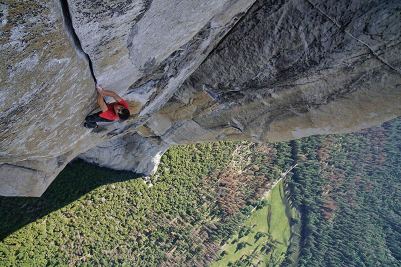 The biggest surprise from the first bit of nominations, including the Critics Choice Awards and International Documentary Association Awards was the support for Minding the Gap is real.  It even won for Best Editing at the IDA Awards, an important piece in constructing any documentary. Free Solo and Won’t You Be My Neighbor continue to steamroll. Three Identical Strangers fell off a bit at the IDAs, but it’s early.

This section got much tighter and now any of this group has a chance to leapfrog into a nomination.

Shirkers is the one to watch, as it can easily become a big hit once it arrives on Netflix. Directed by a woman, and representing Netflix’s best play, they should ride this one into the race. After all, Netflix consistently makes the shortlist. They’ve also grabbed a nomination the last four years to get six total documentary nominations. I doubt their luck is going to run out.

The recent political frustrations around the Supreme Court and the Midterms make RBG and Dark Money stand out. They’re both awesome films, but I question if Oscar will go for more than a couple biopics. At the moment, I’m leaving RBG out of the mix. Crime + Punishment and Hale County have their supporters and could find their way into the action as well. They’ve already got their ground game going, with nominations at both Critics Choice and IDA helping boost their case.

Still in the Hunt

Science Fair still has time to develop its following as it is fairly recent to the party. Netflix should continue to push Quincy but it is not really a hard-hitting doc. That likely hurts it. Both Love, Gilda, and Maiden feature women in control of their destinies. Maiden could very easily slingshot to a top-tier position in the race, but right now its quiet at Sony Pictures Classics.

20. The Price of Everything (HBO) Dir. Nathaniel Kahn

A lot more biographical documentaries make up the list. The problem for these film? Why are they essential now? It feels like Won’t You Be My Neighbor? could sweep the season, but They’ll Love Me When I’m Dead could steal some votes. After all, Neville directed both. Whitney and Pope Francis both had good box offices, so I’m holding onto them for now. I might be kidding myself to even have Fahrenheit 11/9 as high as I do, even as I disliked the film.

The Price of Everything could be the strongest of the HBO Docs, so it’s one to watch. Finally, Generation Wealth feels prescient but has not resonated with precursors to this point.

What do you think about our rankings in the documentary feature list so far? Let us know your thoughts in the comments below!

Check out our first analysis of the documentaries contending for the 91st Oscars here!