1998 in Review: ‘The Big Lebowski’ Really Ties The Year Together as ’98’s Best Comedy

How do you even begin to talk about the cultural impact of one of the most absurdist films of the past twenty years? Few comedies hold their place in the culture past a few years. Yet some films, such as The Big Lebowski, become iconic in their own right. There’s something delicate about the feature that makes it one of the most rewatchable films ever made. Yet it’s rare to see push back against a film so beloved as some I’ve received for loving Lebowski. Still, Lebowski holds a special place for many,  creating a comedy so ridiculous, it wouldn’t be equaled until Pineapple Express. 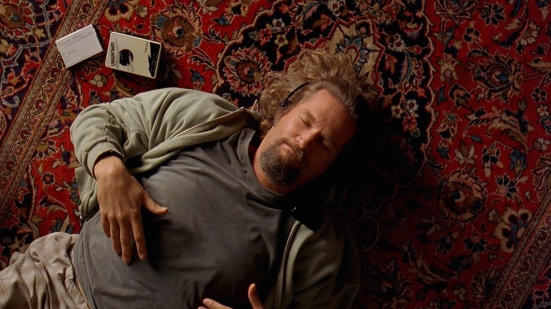 The Coen Brothers will likely never make a film as weird or as insane as this one again, although Burn After Reading is closer than some would expect. Still, the Raymond Chandler mystery remains one of the best comedies in their filmography. It also remains their most timeless.

When I Fell in Love with “The Big Lebowski”

I can honestly say I was in from the moment that the gravelly voice of Sam Elliot begins his opening monologue in the film. However, that’s not what cemented the Coen’s story as one of my favorites of the 1990s. Instead, the first encounter between the Lebowski’s, followed up by Brandt (Hoffman) trying to walk The Dude through the pool area still work brilliantly. Obviously, these scenes are essential for the movie as a whole. Yet two of my favorite characters come shining through.

Bridges slays it as The Dude, potentially altering his career in the process. No doubt you’ve noticed he’s taken on more “Dude” traits over the years. Simultaneously, he brings out a folksiness and charm that is really hard to ignore. This magnetism, despite the fact that he’s a loser, and this sums up Bridges as an actor. He can charm the pants off a room, and then us that goodwill to deliver the funniest, or most tragic, or stand up and clap moments mere seconds later.

Not far behind, I love Hoffman in this role. Listen, say what you will about the part is relatively small, Hoffman is giving the role 2000 percent. I straight up shouldn’t remember anything about this character, but the way that Hoffman plays it is so damn funny. He remains one of the most underrated parts of this movie years later.

There are two choices here,  and I don’t know which to choose. Luckily, both feature the tornado of a man that is Walter Sobchak. John Goodman delivers a tour-de-force performance in this film. I’m not one who claims its the best of his career (that honor goes to a different Coen Brothers film Barton Fink). Yet Goodman is electric and fun in ways you rarely see him. As funny and hilarious as he’s always been, he truly gets a rare chance to pop off the screen, spitting vulgar and nonsensical dialogue. 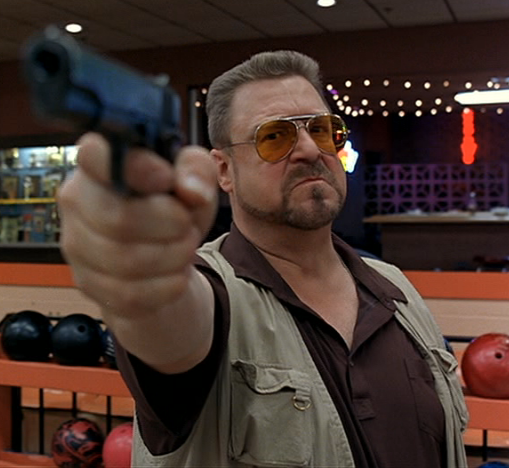 The first of the scenes occurs at a bowling alley. For 2 minutes and 20 seconds, he simply takes over the film. Walter shows up late for bowling, quickly escalating the scene to one of the most stressful in the film. After some jokes about a Pomeranian (it is not a Pomeranian), Walter draws a gun on Smokey. The scene is so quotable. “This is Not Nam, there are rules.” “Has the whole world gone crazy?” “You’re entering a world of pain.” All within 30 seconds.

The next comes up when Walter and the Dude show up at Larry’s house. Larry, a teenage boy, sits blankly while two adult men berate him. Goodman sells the commitment to the joke of Walter here, escalating slowly as the scene progresses. His repetition of “is this your homework Larry?” carries on after he’s already sure it’s Larry’s homework. Yet the best is yet to come. “This is what happens when you find a stranger in the alps” might be the best PG-13  dub in the history of toning down rated-R movies to television.

Best Scene in the Movie

If you want to find something truly artsy in all of the filth and mischief, look no further than the bowling dream. The scene also shows off Roger Deakins stellar cinematography while a “trailer” for a porn plays loud. “Just Dropped In” rocks through the scene, and Bridges sells his weirdness. The giant staircase, a cameo from Sadam Hussein, and a Viking Maude jump into the scene. The large choreography looks gorgeous, so thank you Mr. Deakins. He needs to get way more credit for the work on this film, as he basically makes the movie look like it was shot yesterday. 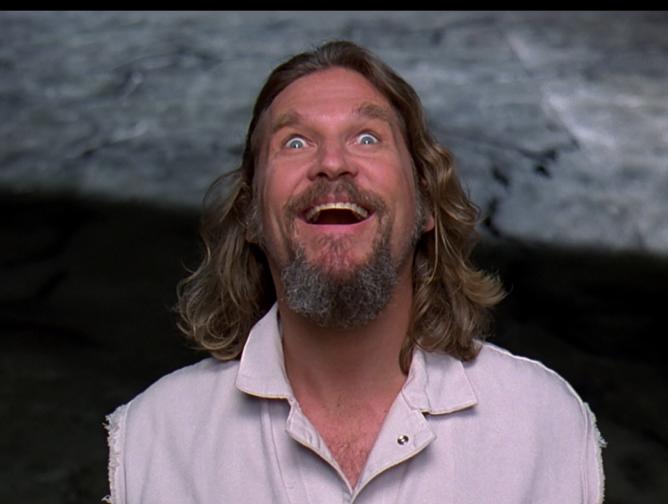 Why Should You Rewatch/Or Watch “The Big Lebowski?”

This movie is about everything. This movie is about nothing. It’s also about very specific moments about America. What makes Lebowski excellent to this day is the way in which anyone can read this film one way, and the next time you watch it, it can be something completely different. As many of you know, I’ve had more time on my hands in the past few months, making The Dude’s lifestyle of waiting around for something to happen oddly relevant.

Yet simultaneously, the frenetic energy pulsing through Maude speaks to me, and the process of creation feels like the only thing that matters.  It’s a film that is at once stuck in time but could have been made at yesterday, fifty years, or of course, 1998. This film can be anything or nothing to whoever views it. Luckily, no matter how crazy or absurd of a reading you hear, there’s only one thing to do. Abide.

What do you think of “The Big Lebowski” 20 years later? Does it continue to hold up? Let us know in the comments

One thought on “1998 in Review: ‘The Big Lebowski’ Really Ties The Year Together as ’98’s Best Comedy”