Growing up I wasn’t that big into film and was way more into television and video games. Sure I loved animated, but a mixture of being poor and not having a car meant that going to the movies wasn’t happening all that often. Which is why the year 2008 was such a formative year for me. 2008 wasn’t just a stellar year in film, I had just turned 18, moved out of my mom’s house, and started living the college life in Tallahassee. Florida State was an excellent school for nurturing my love of film seeing as they have one of the best film schools in the country (shout out to Moonlight) but also they had a theater on campus that students could watch movies for free. Every week my friends and I would walk from our dorms to the single screen cinema and watch new releases and classics alike. The film that stands out the most to me from that year was the Coen Brothers’ Burn After Reading.

Burn After Reading is a dark comedy revolving around a cast of characters dropped in the middle of high treason and espionage. The catch is that every step of the way there is a misunderstanding (mostly caused by idiocy) driving the plot forward. This leads to a truly comedic thriller with an all-star cast. Burn After Reading is one of the more…controversial Coen Brother films in that it had audiences heavily split. Lovers of their dark comedies (ala Fargo) found something familiar with this film, while the general audience was a lot less receptive to the incredibly dark film. The other issue is that most of the comedy is derived from the absurdity of the darkness in combination of the incompetence.

The film follows two gym workers (Brad Pitt and Frances McDormand) who discover a CD with what appears to be top secret CIA documents. Instead they are a former CIA analyst’s (John Malkovich) memoirs. Pitt and McDormand’s characters seek to blackmail Malkovich and thus begins this wild ride. Rounding out the cast we have Tilda Swinton as Malkovich’s estranged wife, and George Clooney as a womanizing federal marshal who is as horny as he is paranoid which makes for a very interesting character. Also J.K. Simmons plays the head of the CIA who throughout the film gets the plot synopsis read to him out of context and his reactions are oh so great. 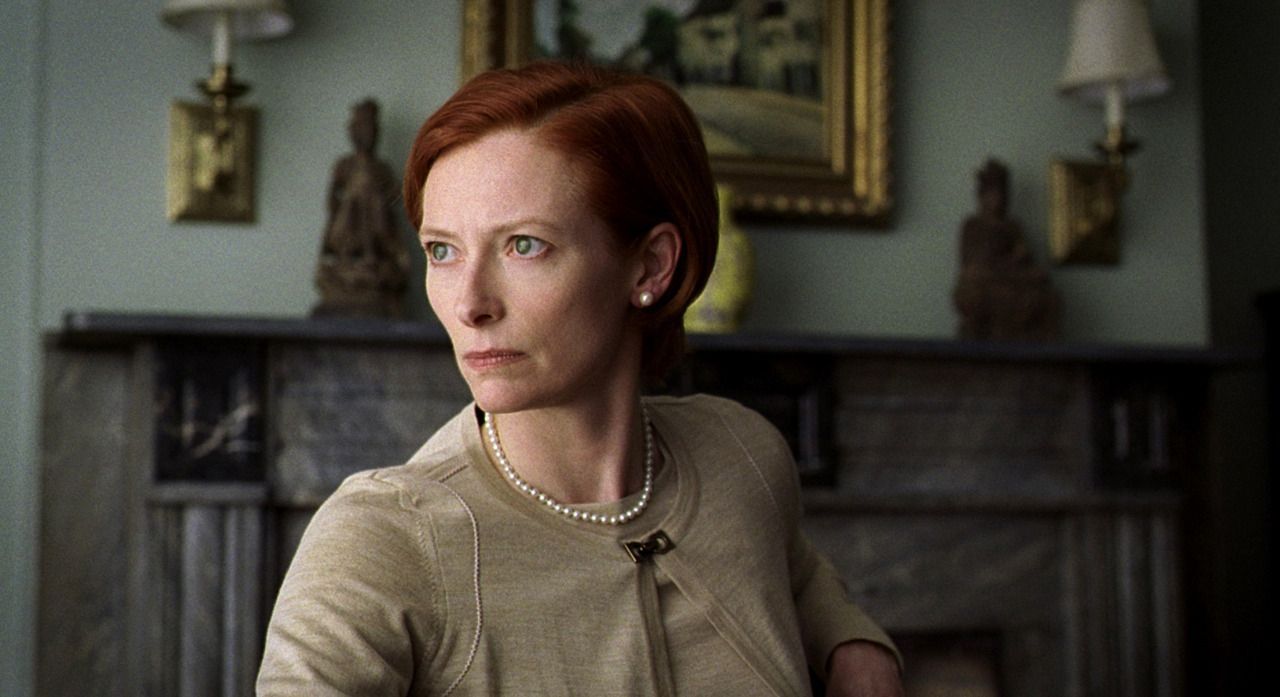 The Moment I Fell in Love With “Burn After Reading”

The first 30 or so minutes of the movie are pure build up. We get to meet the cast, and watch as the each misunderstanding leads to larger and larger consequences. The first time it comes to a head is when they gym duo decide to meet with Malkovich to try and get their money. Watching a hapless Brad Pitt, bike up to his car in a suit, and then try to extort $50,000 from John fucking Malkovich may be one of the funniest scenes in 2008. I still say “you think that’s a Schwinn” all the time (I’m pretty sure no one else does).

The most rewatchable moment has to be any of the scenes with J.K. Simmons. His complete and under disbelief as to what in god’s name has been going on mirrors our own. It makes for a good clip you can watch literally any time.

Best Moment in the Film
This is an easy answer for me because this is the moment the film goes deep into the DARK of this dark comedy. Brad Pitt’s character is snooping around Malkovich’s house and George Clooney stops by hoping to get his dick wet. Clooney discovers Pitt hiding in a closet and shoots him in straight in his smiling face. Up until this moment the stakes have been tempered by the fact that they were all idiots so what’s the worst that can happen. Clooney’s freak-out post murder is also incredible, finding a strange man in a suit, hiding in a closet with no I.D. ratchets Clooney’s mania to 11 as he is now convinced in a large government conspiracy to get him.

Why You Should Watch It Again (or for the first time)

You should come back to this film to celebrate the dark comedy genre. Great dark comedies are few and far between and when it works it can be one of the most satisfying experiences. If you haven’t seen this film you should give it a shot for its all-star cast and truly wild ride. For me personally, it will forever be remembered as a jumping off point for discovering the Coen Brothers, dark comedies, and my love of film.

Check out our other retrospectives on 2008 here!